Caitlin received a Bachelor of Science in Earth Science from Columbia University in May 2013. She joined the Polar Geophysics Group at Lamont-Doherty Earth Observatory in December 2016 as a Senior Research Staff Assistant where she processed, analyzed, and managed airborne geophysical data for the group, in addition to participating in fieldwork. In 2021, she became a first year graduate student working with Kirsty Tinto. She is involved in the Bed Classes, Oceans Melting Greenland, Operation IceBridge, and ROSETTA-Ice projects.

Inside the ice shelf: using augmented reality to visualise 3D lidar and radar data of Antarctica 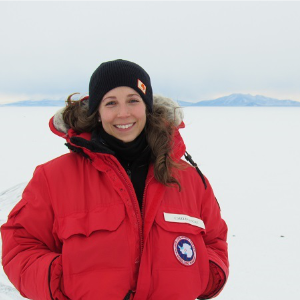